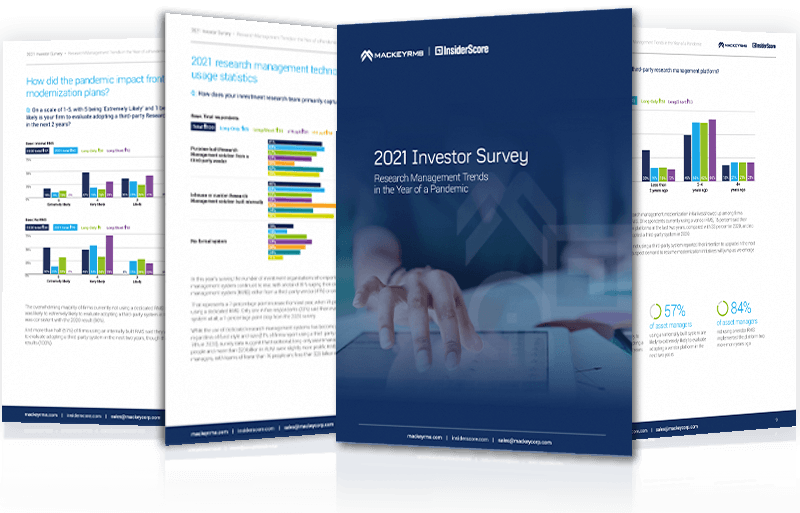 2021 Investor Survey:
Research Management Trends in
the Year of a Pandemic
Find out how your peers say the pandemic changed front-office technology and workflow requirements.
Get the report
Stay connected
sales@mackeycorp.com
support@mackeycorp.com

Why the SEC is considering changes to insider trading rules 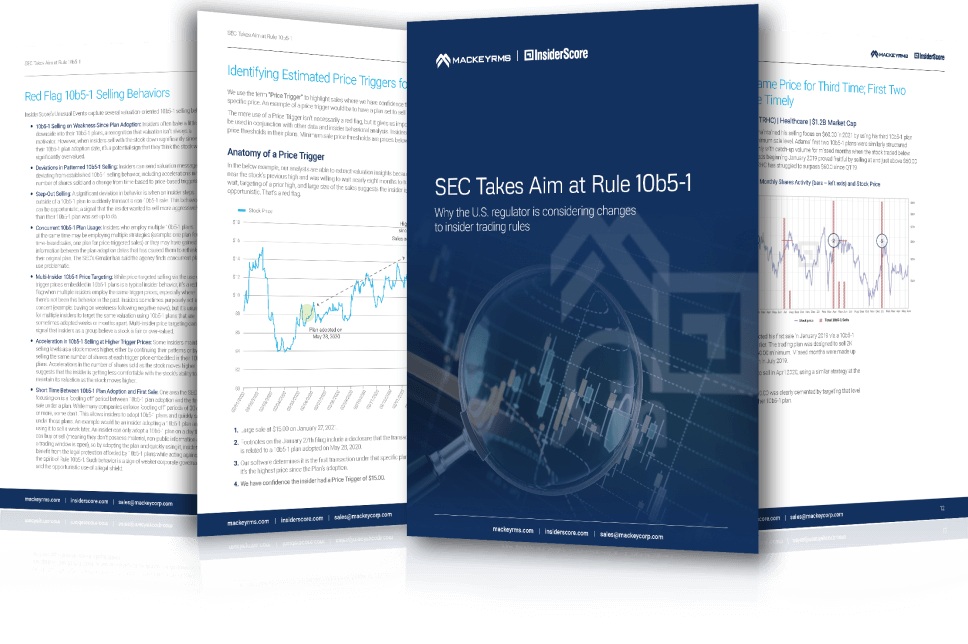 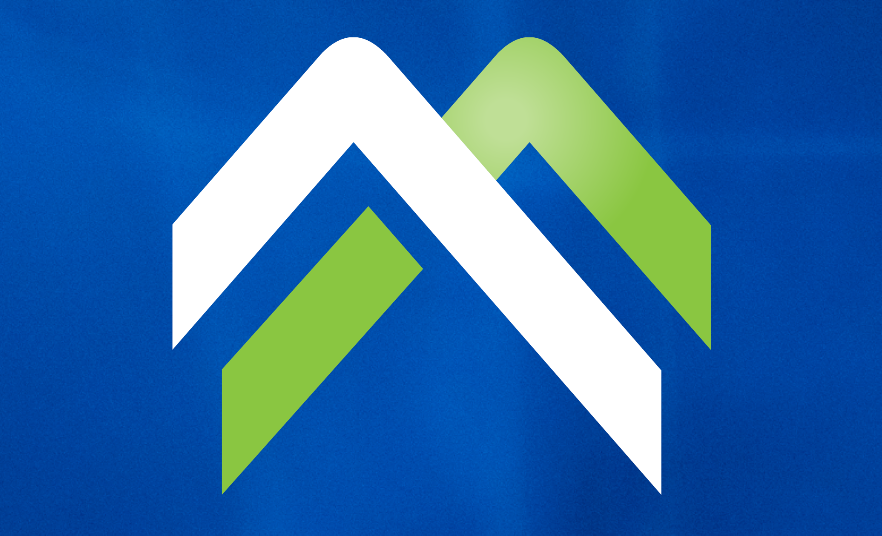 Mackey LLC, a quiet Boston-based startup founded in early 2011, has been profitable since its early days with software-as-a-service which aims to improve the way hedge fund analysts do their jobs, said founder and president Chris Mackey.

The company has been profitable since it was six months old and hasn’t needed to raise any outside funding, Mackey said.

Mackey previously worked as an analyst a Boston-based hedge fund (which he’s not naming), and says he found managing research to be frustrating.

“I felt like there was a need for a product that could allow you to take all your important research, files, attachments and notes with you wherever you went on any device,” he said. “I felt like there was a huge opportunity, because there weren’t any Web-based providers. And we’re seeing the shift toward Web-based tools in all areas of business.”

The software allows users to connect with Outlook and other email clients, along with Excel, Word, Adobe and Bloomberg. “No matter what app you’re used to take notes in, we can piggyback on top of that,” Mackey said.

The ultimate goal is to help analysts do their jobs better — with improved organization and aggregation of information.

“But in the same way, it’s engineered in a way that the whole institution can benefit. Colleagues know where to find information, and from a compliance standpoint, there’s the ability to check on what calls and meetings took place,” Mackey said.

Mackey LLC earns revenue through annual licenses, which are charged per seat. The company has primarily been selling to hedge funds so far, “because those guys tend to move fast,” Mackey said. But the system can serve any firm within the the investment management space, he said.

Mackey LLC, which employs five full-time at its downtown Boston office, doesn’t foresee needing to take outside funding in the near future — though Mackey says he’s not opposed to raising funding at some point.

“I feel like that is something that will be accessible to us, because we’ve had a good amount of success,” he said.

back to articles
About MackeyRMS

MackeyRMS is a provider of SaaS-based research management software engineered to optimize the way analysts and portfolio managers generate, share, debate and act on investment research conducted for actively managed portfolios. Relied upon as a single system of record for research supporting the investment process, MackeyRMS is used by many of the world’s leading investment managers to organize key investment workflows, engender trust from investors, and streamline regulatory and compliance oversight. MackeyRMS is used by institutional asset managers and asset owners across the Americas, EMEA and APAC regions.

Join our mailing list for updates on the latest news and trends in research management automation and modernization of the buy-side front office: